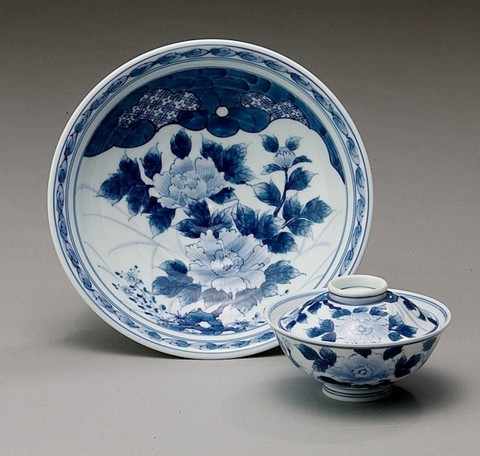 At the end of the 16th century, the feudal lord of the Omura clan accompanied Toyotomi Hideyoshi on one of his campaigns to the Korean Peninsular. On his return he brought back some Korean potters with him and they began making pottery in Hasami. By the beginning of the 17th century porcelain was being made and besides such things as cups and plates, various kinds of containers such as sake flasks were also being produced. Of all that was being made, the heavily over-glazed teacups met with particular favor among those on the boats around the piers of Osaka.

The degree of detail, the cobalt blue motifs, and the beautiful translucent quality of the porcelain are what makes Hasami ware so special. It is also very reasonably priced and designs have been adapted over the years, so that now a great variety of items are offered, some of which are traditional while others are modern in character. With 30 government recognized Master Craftsmen among their ranks, 2,500 people are employed by the 120 firms still producing this attractive porcelain.